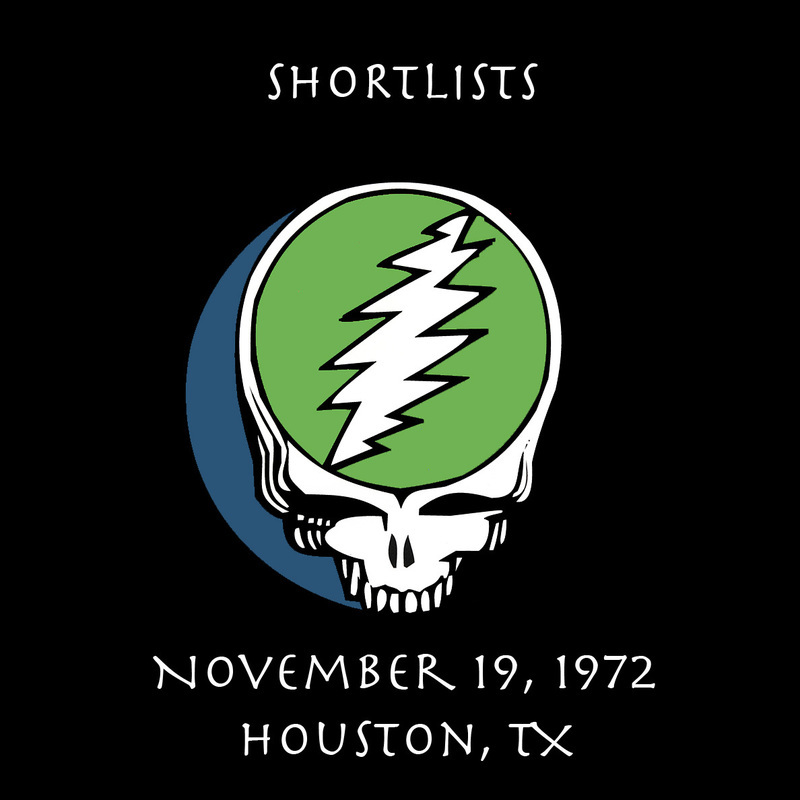 I used to associate this show with 8/27/72, Veneta, OR. That show is now miraculously a film that confirms everything the music implied. Those sunlit dust motes and naked dancers were always there. If I could use The Grateful Dead time machine just once, I’d go to Oregon.

It is, of course, insane to associate that August day in a meadow with this November night in Houston, TX, inside a venue resembling a concrete bunker. But there are big, beautiful, meandering late 1972 versions of “Bird Song,” “Dark Star,” and “Playin’ in the Band” here, as well as a spirit of conviviality coming from the band that might partly excuse that association.

This was a long show (3h20m), kind of straggly, full of tuning breaks. I think it comes into focus – gets a little more “Veneta” – cut down to about 90 minutes. So, this is my best approximation of my sunshine daydream, leading off with "best of tuning." Don’t neglect “Stella Blue,” and Jerry's vocals that almost sound like they're from "Wake of the Flood." (Had to make a slight edit, due to some missing bars at the beginning, but no big deal. There was also a missing chunk in the middle of the “Playin’” verses, so I took the liberty of cutting to the chase – the main ten onward.) It's worth noting that Phil's bass is way up in the excellent mix and that the vocals are mixed fortuitously, so group harmonies sound good. That mix contributes to a really fine "Box of Rain."

If I could borrow The Grateful Dead time machine for a while, I’d steer it to a nearby 1972 parallel universe where this show was played in a meadow.

I've tossed most of the actual tapes, but the cases remain. I cringe to think how much time I spent on these, let alone all of the re-EQ-ing of tapes and copying them. Now you can hear a perfect version of nearly every show on archive.org. Still feels a bit like science fiction to me. 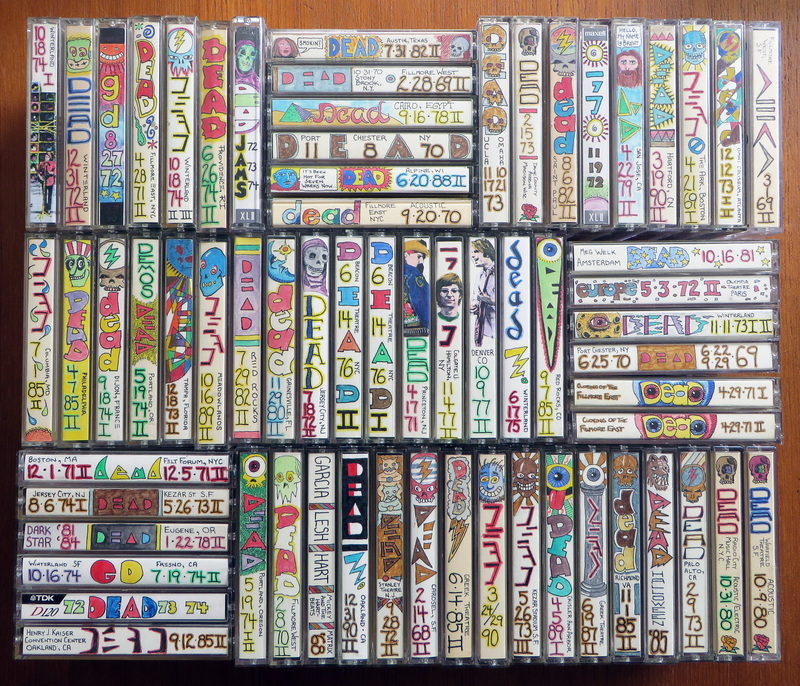 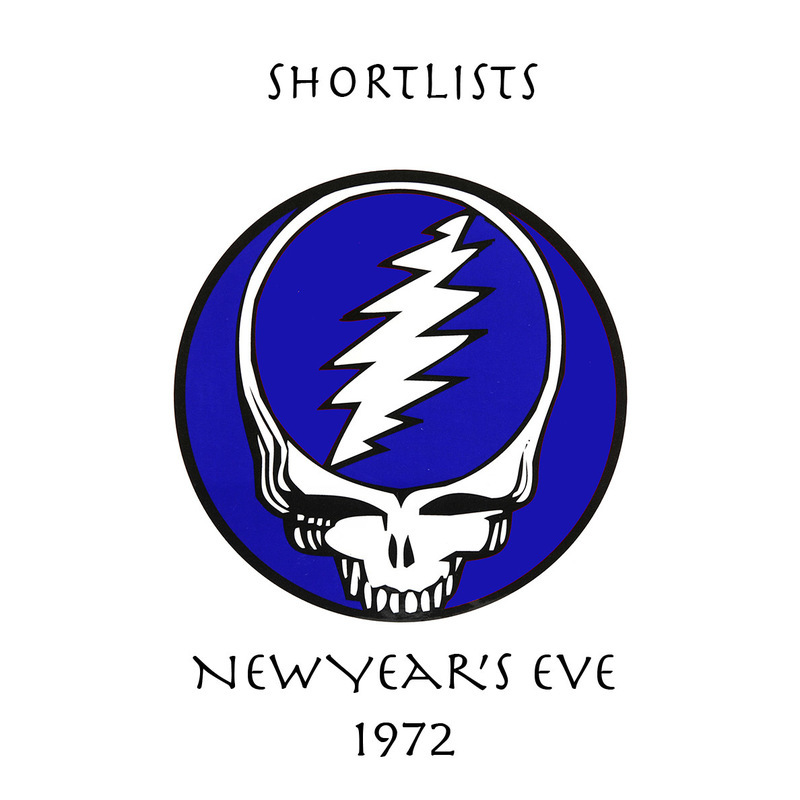 This is a rather fine specimen of this sort of second set sequence, notable for the three jams that aren't really related to anything else. The playing throughout the sequence tends to be fierce and engaging. The third jam is quite gentle and pretty.

I found good places for all the track breaks, so anywhere you start is the start of something. The end of the third jam is a distinctive little piece of weird beauty, as David Crosby and the Dead are aligning themselves, and it drifts so seamlessly into “Morning Dew,” that I decided it belonged with "Morning Dew," rather than with the jam. 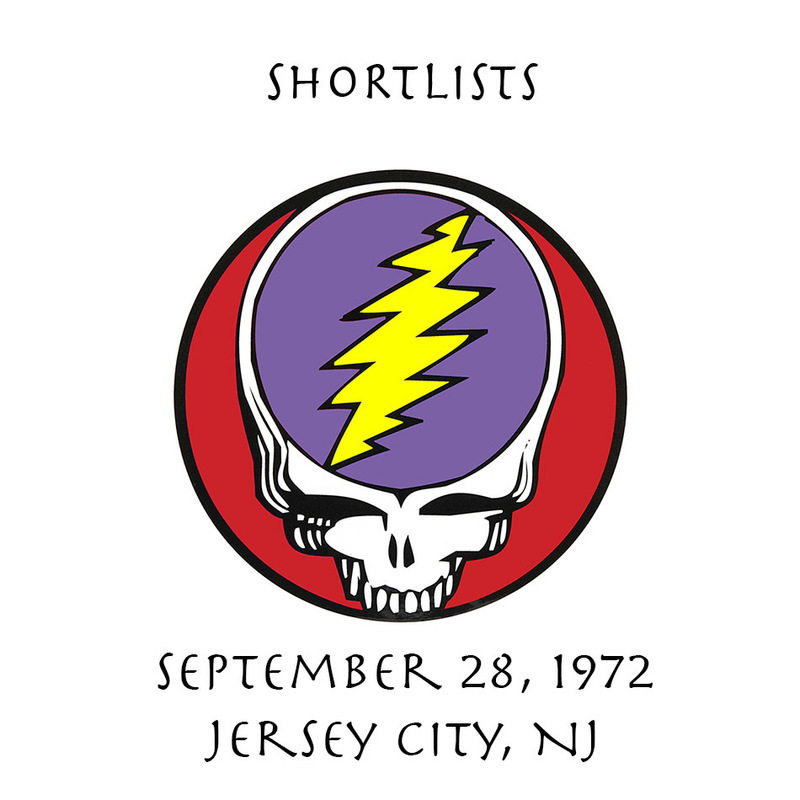 192kbps files derived from a couple of sources.

It always pains me a bit when they release another September 1972 show, and it’s not this one. (There are four of them so far.) The circulating SBDs of 9/28 are incomplete,* but there’s great stuff in there, and I rank the main, 20-minute “The Other One” passage as one of the best improvisational explorations of the era. The song’s undertow never quite goes away, but a tender counter-melody dominates, recurring and beautifully developed.

The “China Cat” is by itself, because “I Know You Rider” spliced into a bad audience recording – but it’s a really good “China Cat” with an extended intro. And it’s always nice to come across early 1970s versions of Bobby’s improbably-built, angular tunes (“Greatest Story” and “Black Throated Wind”), on which the band totally finds the double-jointed groove, and Weir’s vocals aren’t too yelpy. The “Greatest Story” here features a good version of the “St. Stephen”-style riff at the climax.

*P.S. - Since I made this mix, I seem to have picked up a nearly complete soundboard, with the complete "I Know You Rider," and a "Half-Step that maybe should be on this mix. Oh, well... 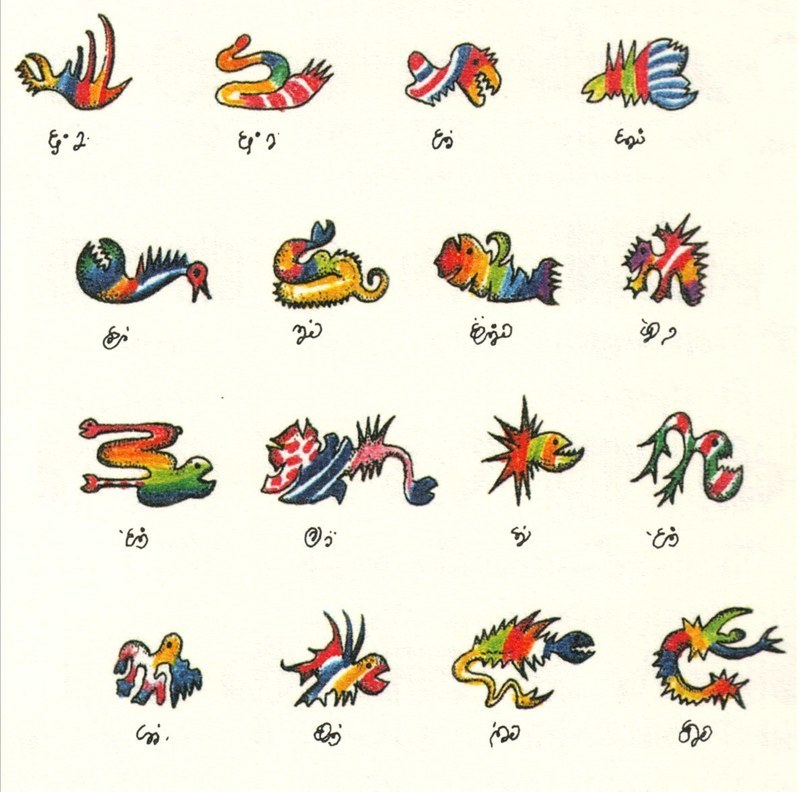 New link: Let me know if it doesn't work.

The aspect of The Grateful Dead’s record release strategy since Garcia’s death that I’d particularly fault is the failure to secure the band’s legacy as one of the outstanding jazz-fusion explorers of the early 1970s. Ten years ago, I became fed up with poor 1972-1974 vocals, and was tired of most of The Dead’s songs, after 20 years of listening to them a lot. So, I made 10 volumes of nothing but vocal-free improvisational material from 1972 to 1974, and listened to nothing but that for a while. As this blog’s mixtapes indicate, I eventually came back around to the songs themselves, but the improv tapes remain a concentrated thrill.

This is the first volume I made, probably the one most focused on spontaneous musical compositions that have no relation to any particular song. Some of this material was subsequently released officially, but whatever the provenance of the sources I used at the time, it’s all crispy. The 11/11/73 material may be sourced from a cassette that Dick Latvala sent me in the early 1990s, when I was sending him tapes of Pigpen outbursts, mostly directed at the sound mixer, that Dick couldn’t find in the archive. We’d argued, first, about whether “Dark Star” or “The Other One” was the ultimate Dead barometer (he insisted on “The Other One” and may have been correct), and then about the merits of the dreamy, drifty 11/11/73 “Dark Star” (the jam following it is on this mix). I loved that "Dark Star"; Dick was meh. I eventually conceded that maybe I was partly in love with the particular vibe of my mid-generation cassette, which I'd clutched tightly to my breast for years. Dick responded by sending me a dub of his reference copy of the whole show; he was a very nice guy. The "Dark Star" was still the song I knew and loved, but so much cleaner, so I guess I accidentally tricked Dick – but he was satisfied to receive in return a tape of Pigpen threatening to cut off the sound mixer’s head and shit in it. 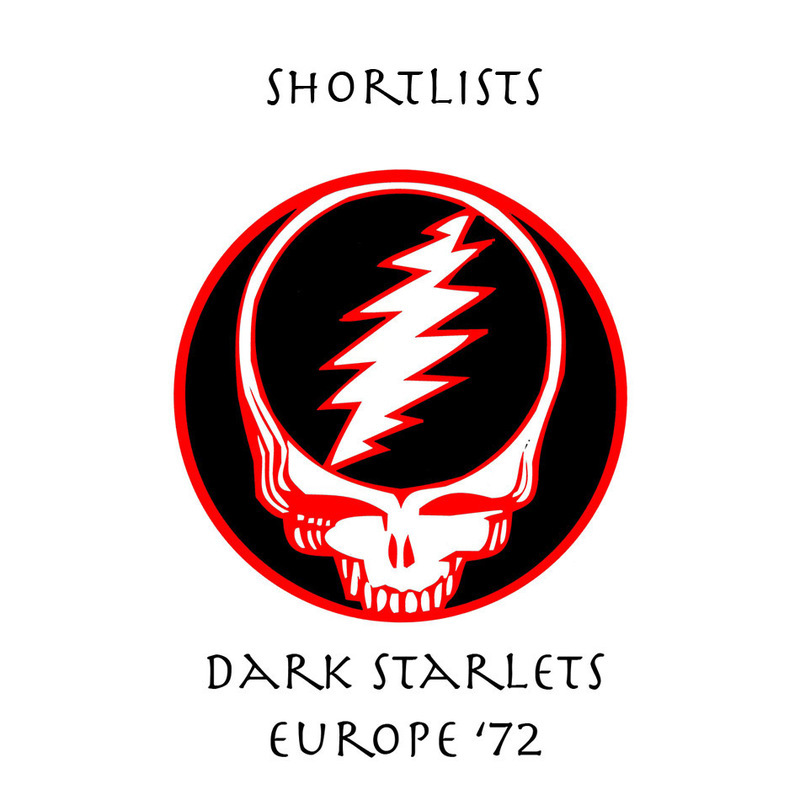 This mix is comprised of 21 musical segments drawn from all the “Dark Stars” performed during the Europe ’72 tour. They are arranged into two 64-minute sequences, each of which begins with the song’s intro, and each of which contains a verse. It’s all “forward moving” improvisation, whether on the “Dark Star” theme or farther afield. There’s no “space,” though the segments wind up and wind down from spacey zones, such that The Dead’s development of each musical angle here is respected, and the result feels more or less like a single performance, with ebbs and flows. If you’ve ever imagined a one-hour or two-hour “Dark Star” that never completely spaces out and keeps finding new melodic avenues, this is for you. 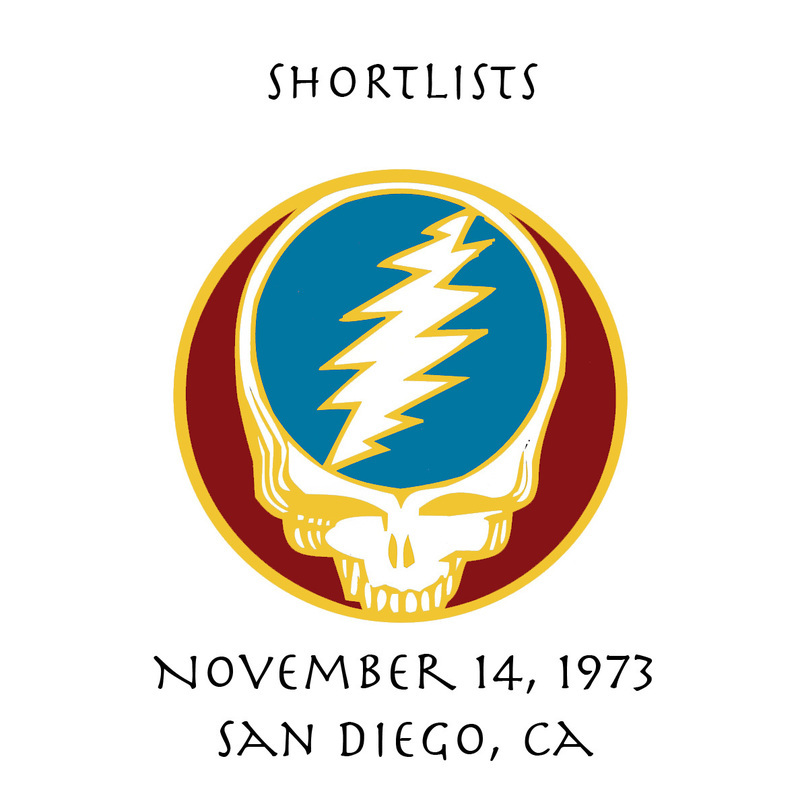 This is a radical edit to highlight an extraordinary stretch of playing in this show.

192kbps mp3 download
It’s really all about “The Other One” in this night's second set, and it’s a doozy. It emerges slowly and organically from a strong “Truckin’” jam, then explores a lot of territory up to the first verse – after which it dismantles itself elegantly into a spare, expressive “Space.” “Big River” provides a dramatic running start back into some more sublime “The Other One” exploration, which eventually finds a reasonable path to “Eyes of the World.” But the second verse of “The Other One” is still hanging, so “Eyes” detours around its usual synchronized jam sequence and instead finds its way back to “The Other One,” which has its grand finale.


The purpose of this “radical edit” was to keep this whole sequence intact, but to eliminate the actual songs, “Truckin’,” “Big River,” and “Eyes of the World,” none of which are outstanding in performance or soundboard mix.

Five pieces were sliced out, and the breaches healed, so that it sounds approximately like The Dead played it this way:

It sounds crazy, but the result is a quite wonderful 45 minutes of high-end Grateful Dead instrumental, improvisational adventure through the riffs and changes of several songs, without singing any of them except "The Other One." 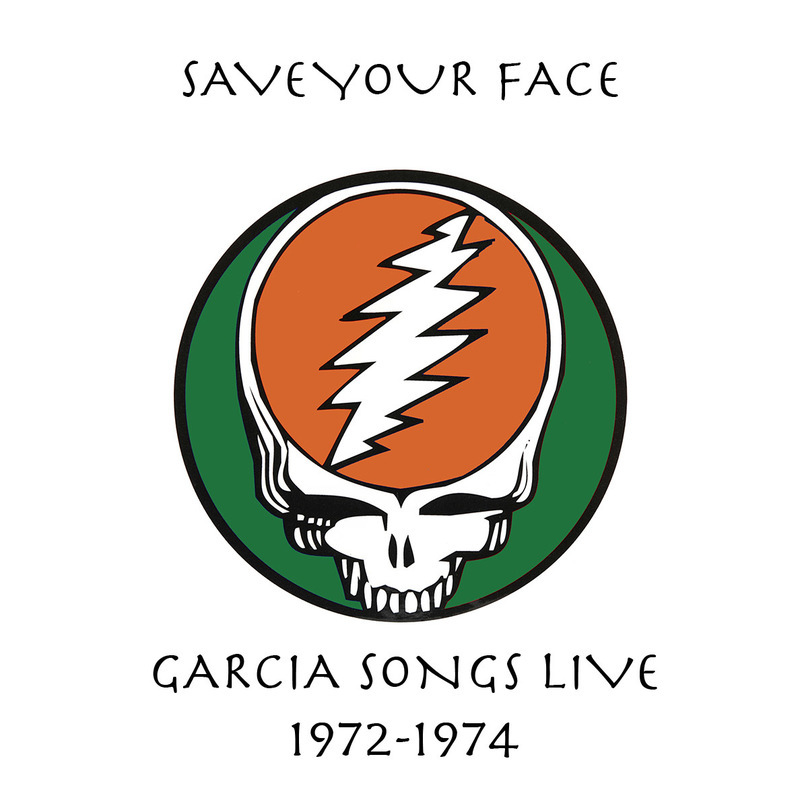 This mix features a giant slice of the Jerry Garcia/Robert Hunter songbook, played and sung superbly by the late-1972 through 1974 live band.

The intent, when I compiled and posted it three years ago was to find officially-released performances of these songs that stood up in every respect – singing, playing, and sound mix. I wanted versions you could use to prove that the songs were great, and that the live Dead were great. 1972-1974 is my favorite version of the band, despite the fact that the vocals were often a mess, in performance or in the mix.

I limited my scope to approximately a dozen releases that I could rip straight from an official disc. I couldn’t find every song that belongs here. For instance, there wasn’t a properly-sung and powerfully-played “Uncle John’s Band” in the stack of shows I used.

If you enjoy this experiment with an all-Garcia setlist, you might also enjoy this one.