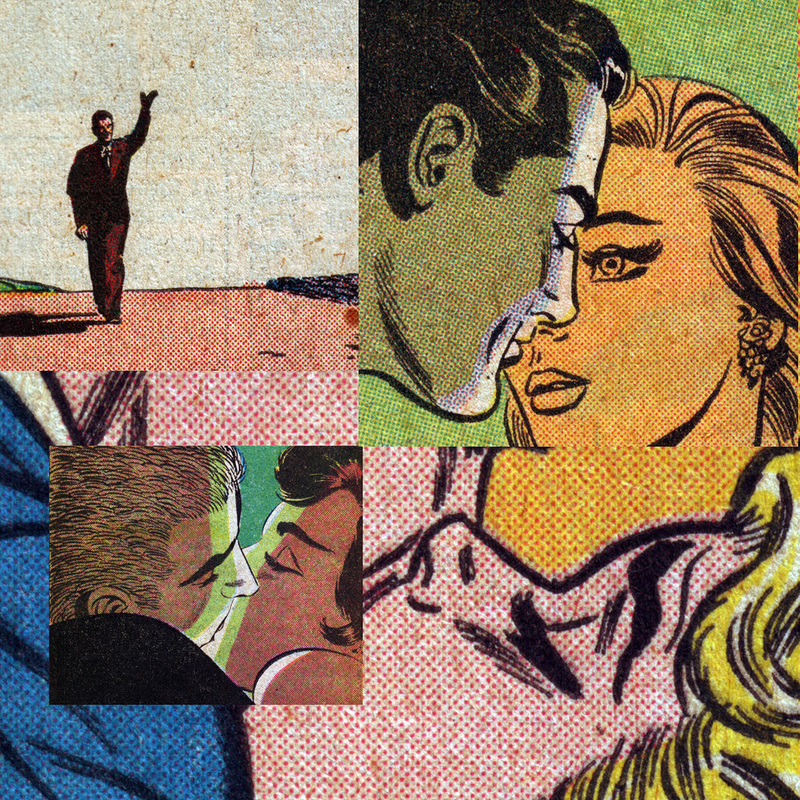 This mix is a 21-minute edit of all 10 Keith and Jerry “They Love Each Other” solo passages from April and May, 1977. Three tracks include only Garcia’s solo.

I did the best I could with the segues (jump cuts), given the combo of official sources and fan sources, including audience tapes. The sonic and mood shifts might actually enhance the drama of this dialogue going round in circles.

The download contains both a single-track (21-minute file) and an “album” made up of the 10 separate pieces - in case you want to poke around by date. The single-track file is tagged to become part of this mix, which includes similar edits of Spring ’77 performances of Peggy-O, Sugaree, and Brown-Eyed Women. 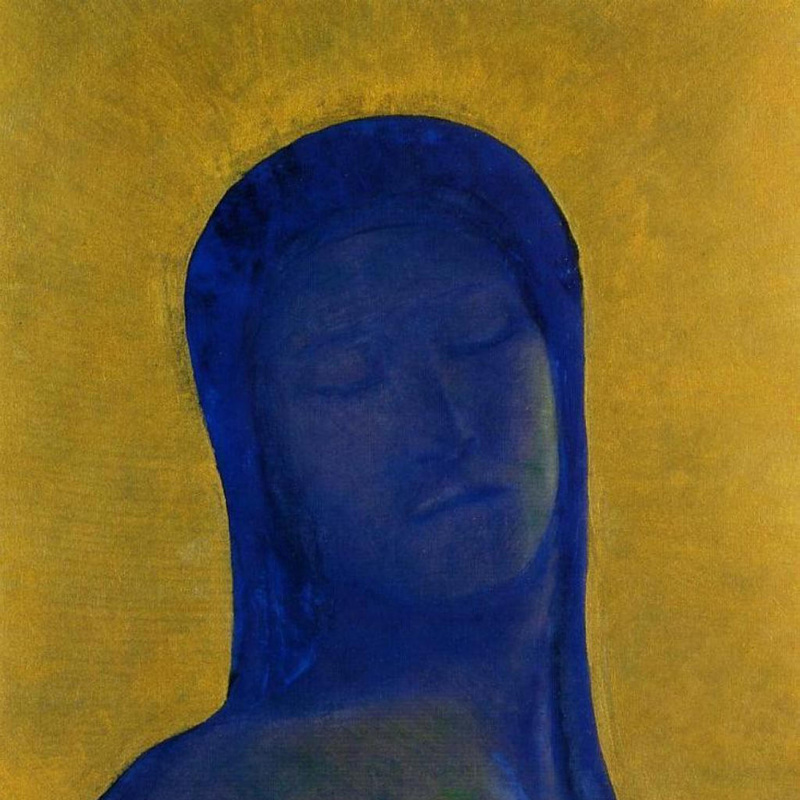 This mix offers instrumental edits of eight performances of Eyes of the World, featuring many tempos and temperaments. The vocals appear once, in the middle of a long studio rehearsal edit from 1976.

The aesthetic premise is to cut Eyes thematic jamming free from the song-structure and the vicissitudes of vocals. For instance, cocaine Eyes, minus cocaine singing.

There aren’t many Dead pillows of grooviness as fine as Eyes. This mix overstuffs that pillow. One drummer and two. Keith, Brent, and Vince. The band and its members being all their different selves, across the decades, with their eye on this particular, happy place. 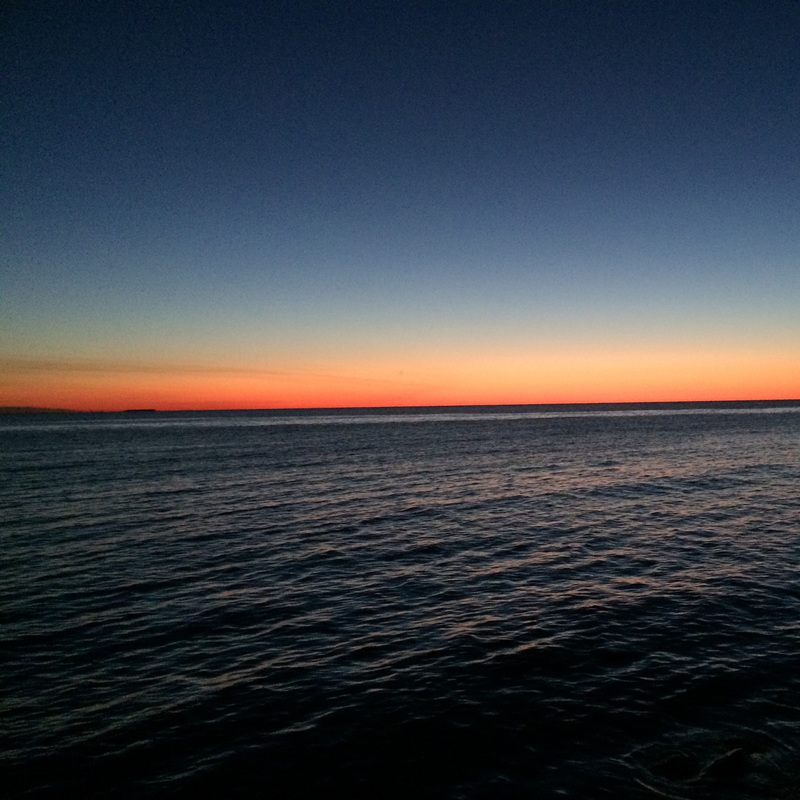 Throughout the Dead’s career, there are improvisations so perfect that they seem, in retrospect, to be compositions, arranged perfectly, played only once.

A subset of those are performances that exclude the drummers, allowing Weir, Lesh, and the keyboardists to spontaneously weave gorgeous textural arrangements around Garcia story arcs.

They are tiny planets that coalesced in the vastness of space – often lasting only a minute, rarely as long as three minutes.

With shape and momentum, but no beat, these passages sometimes brush up against classical music. In October 1972, they may actually be attempting something like that, in form and bowed string-sounds, long before MIDI. (I find 10/23/72 mind-boggling in this respect.)

Later, keyboards and MIDI enabled simulated strings, brass, woodwinds, pedal steel, etc. Sometimes the band sounds like it’s scoring tender scenes in movies or playing in a Bill Frisell zone. The extended, heartbreaking melody they crafted on 10/2/94 is another of my favorite Dead passages.

The earliest hints of such music are in the beauty-seeking drones and tones that often followed noisy Feedback in 1969. Compilation of those here. 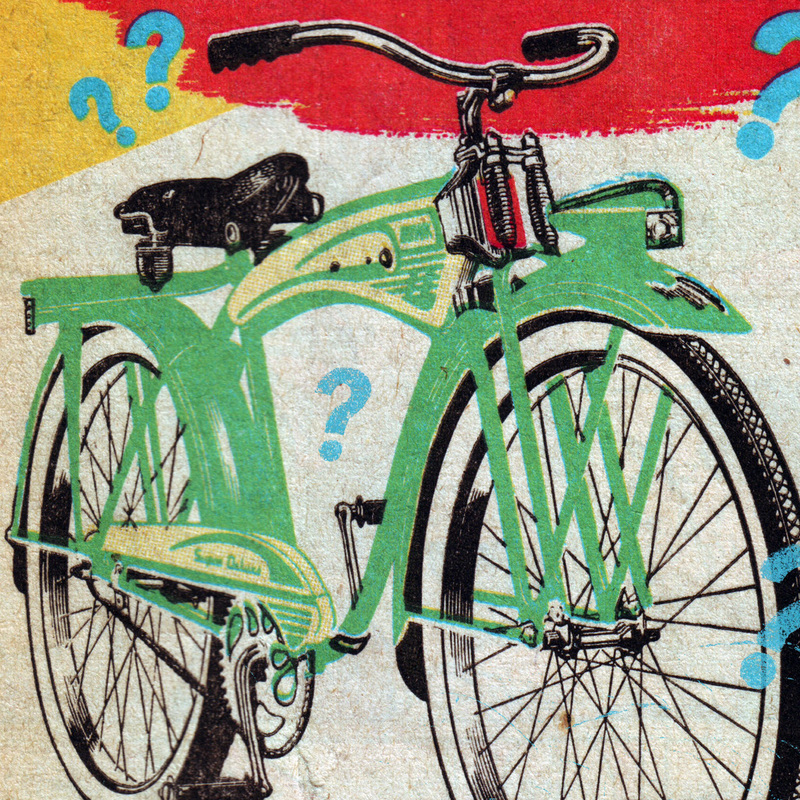 This mix gathers up Easter eggs that the Dead scattered across their 1976 shows. The title and track list come from this Dead Essays/Light Into Ashes guide.

It’s quite a trip to know you’re listening to 1976, yet all you’re hearing are big, extremely-together, nimble, out-of-nowhere jams. The fullness of the the manifestation confuses your inner-ear timeline.

The jams come in many flavors, and some taste quite quite a bit like Tighten Up, Stronger Than Dirt, and Dark Star. Fire on the Mountain makes its first live Dead appearance as Happiness is Drumming. The other passages are entirely their own trips.

This mix contains 16 tracks, including some vigorous Playin’ jams from the same shows and instrumental edits of two Wheels and a Wharf Rat that were integral to the surprise trips. 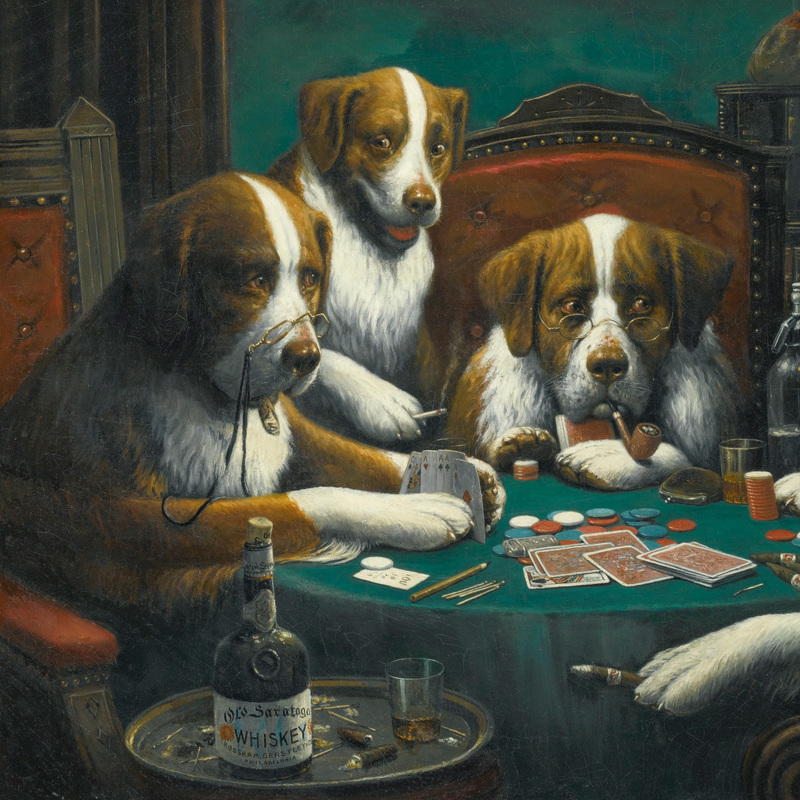 This mix compiles improvisational highlights of six different live configurations of the Dead (whole or members) and other musicians.

All of these performances appeared on an earlier Save Your Face mix at some point. The focus of this sub-curation is to concentrate great stuff that sounds really different from “normal” Dead of the period. The stuff is that is more literally far out. Alternate universe Dead.

No aspersions are being cast on anything I didn’t include. Poke around SYF for more from nearly every configuration presented here.

In addition to choosing start- and end-points, several performances are edited: The Crosby material is presented as instrumental edits; the Elvin Bishop jam is extensively edited to isolate one theme from other stuff that happened; and the Volunteers Jam has been shortened via a couple of edits. 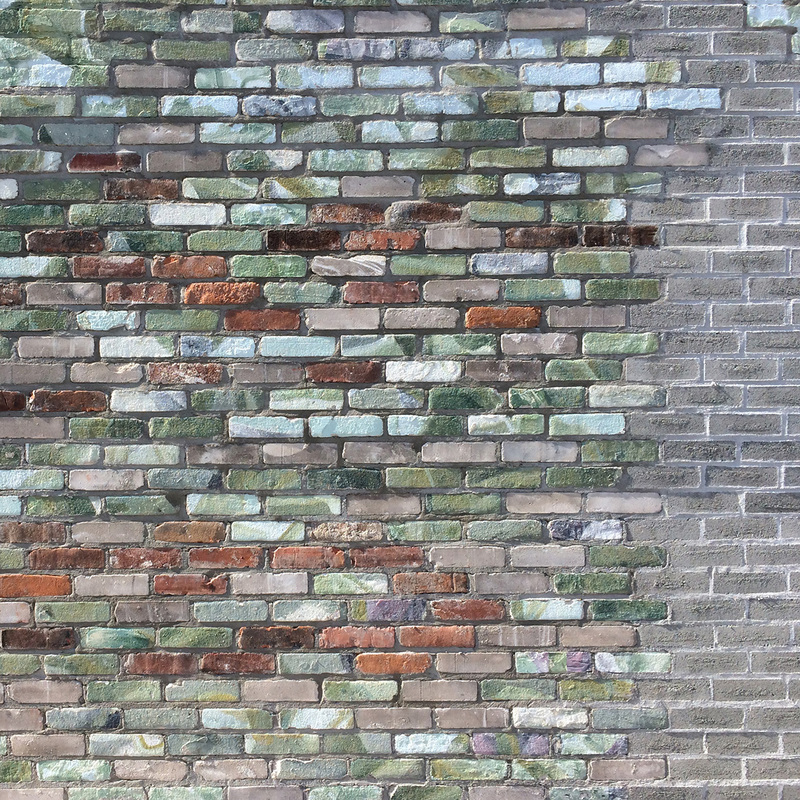 This mix offers an extended, instrumental excursion into a wonderful song that appeared briefly in Dead history and didn’t make the original, official records.

“Mason’s Children” debuted in mid-December 1969 and, after fewer than 20 performances, it was last played at the end of February 1970.

A weird amalgam of psychedelic moves and the band’s new, old-timey vocal approach, Mason’s was a tough song for the vocal ensemble. The “Workingman’s Dead” studio outtake is the only version that properly represents the composition itself and reveals what the vocals/harmonies are supposed to sound like.

Nonetheless, the live band dove into it with vigor and sometimes jammed it rather extensively. This mixtape highlights that jam by removing the vocals from five performances of the song. I looked for the longer, exploratory takes and those that found interesting little dynamic pockets.

The final version on 2/28/70 is a real outlier – slower, with a heavy Rolling Stones vibe. (It is speed/pitch-correct.)

Cover photo: John Hilgart. Detail of mural on the wall of the Kalamazoo People's Food Co-Op, after a car crashed through it, and the mural's painted bricks were reassembled randomly. 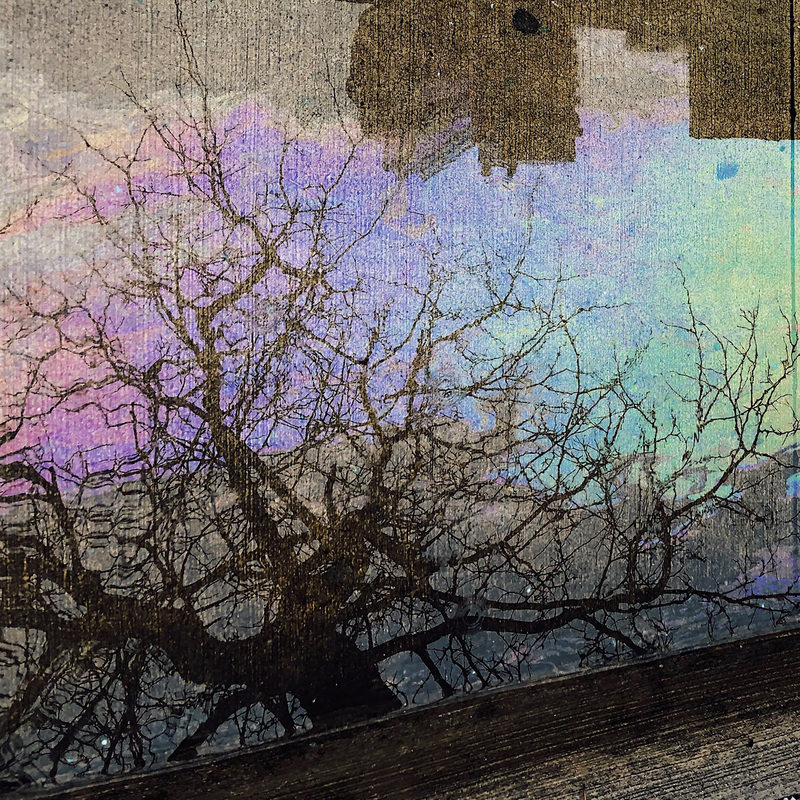 I’ve edited the epic, unreleased, 3-part, 3/2/81, Cleveland performance into a continuous, instrumental event that includes the relevant passage from space. (“China Doll” and drums broke up the performance.) This was the first “Playin’” of the year.

A longish, spicy, instrumental edit of  “Supplication” is the encore. I’d hoped to weave it into the “Playin’” sequence, but it didn’t work. Still, a logical pairing with “Playin’." 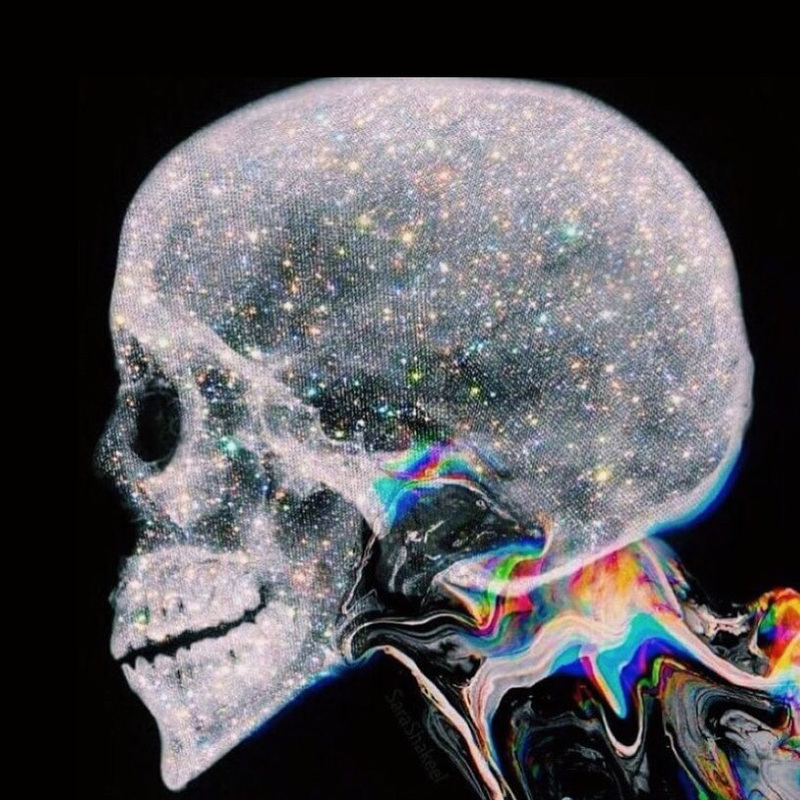 This mix curates improvisational material from the Dead’s first shows of 1981, at the Uptown Theatre in Chicago. The band and the mix are crackling.

I’ve edited large swaths of the music into instrumental versions. One reason is Garcia’s exceptionally weird, small voice. The other is that I like to make instrumental edits for every era/year.

Instrumental edits eliminate the distractions of song-tightness and vocal quality altogether, leaving only the pure playing. As an improv-head, listening to vocal-free Dead has made me an advocate of nearly every year in the band’s history.

The band certainly played a lot of exciting and surprising minutes of music at the Uptown Theatre in February 1981. I’d never heard these performances, but Jesse Jarnow’s @bourgwick show-by-blow account persuaded me to baste in them on their 40th anniversaries and to pay particular attention to the material on this mix.

The first set includes unedited vocal performances, plus one big, stand-alone jam. The second set is all-instrumental, except for “Not Fade Away” and “The Other One.” 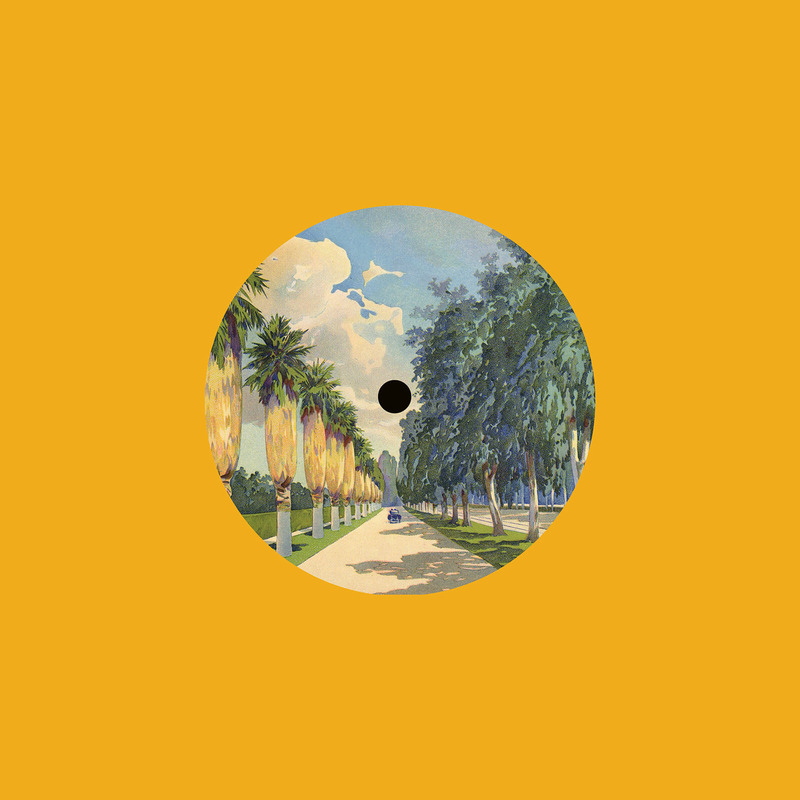 This mix provides a full hour of Clementine, as played by several Grateful Dead configurations in 1968 and early 1969. It was the band’s first jazz jam.

I believe I have included every recorded version, except for the officially-released 8/13/68 studio jam (AOXOMOXOA bonus track).

This Dead Essays post is the place to find answers to all your Clementine questions. 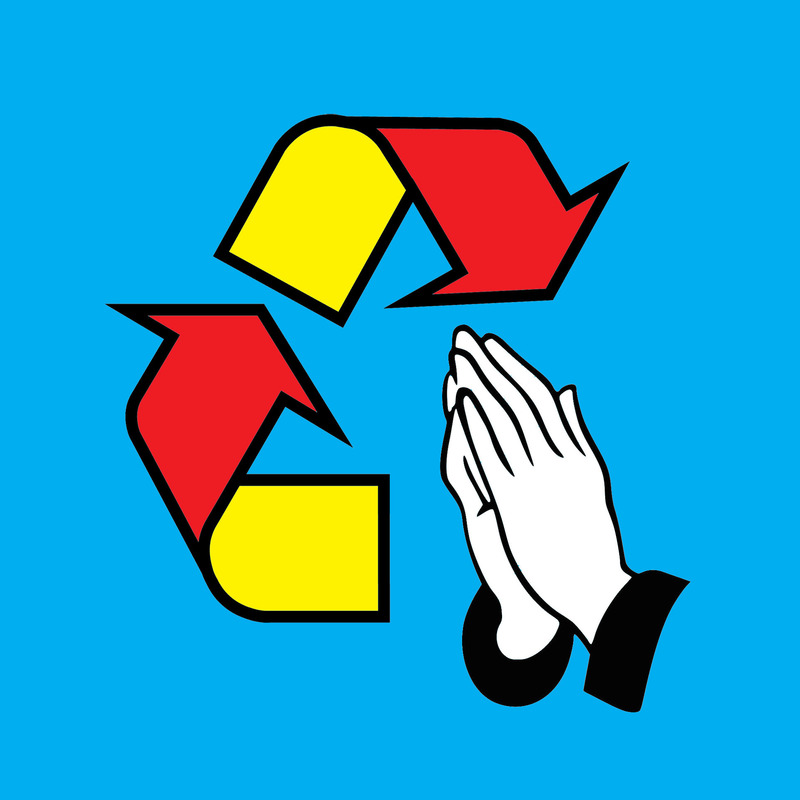 From Spring 1985 to Spring 1986, the Supplication jam was set free. Without the complications of Lazy Lightning or the need to land the jam at the Supplication vocals, the band enjoyed themselves thoroughly. The missing melodies crop up and here and there, as part of the jammy fabric.

This mix compiles the period’s eight full-blown performances, which are individually and collectively an outstanding demonstration of 1980s Dead.

I’ve used fades rather than attempting fake segues, because the band worked hard at landing or crashing the jam into all sorts of songs – Promised Land, Esau, Might as Well, Let It Grow, Don’t Need Love, Playin’ Jam.

Those songs are beyond the scope of this mix (except Playin' Jam!), but I’ve left in the interesting transitions and faded them just before the next song bursts into full existence.