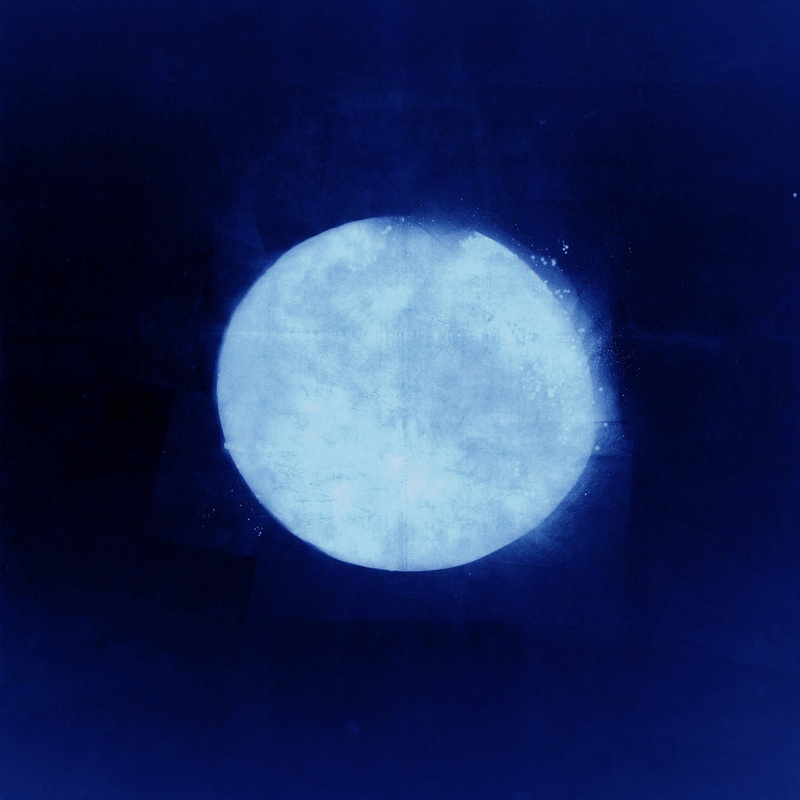 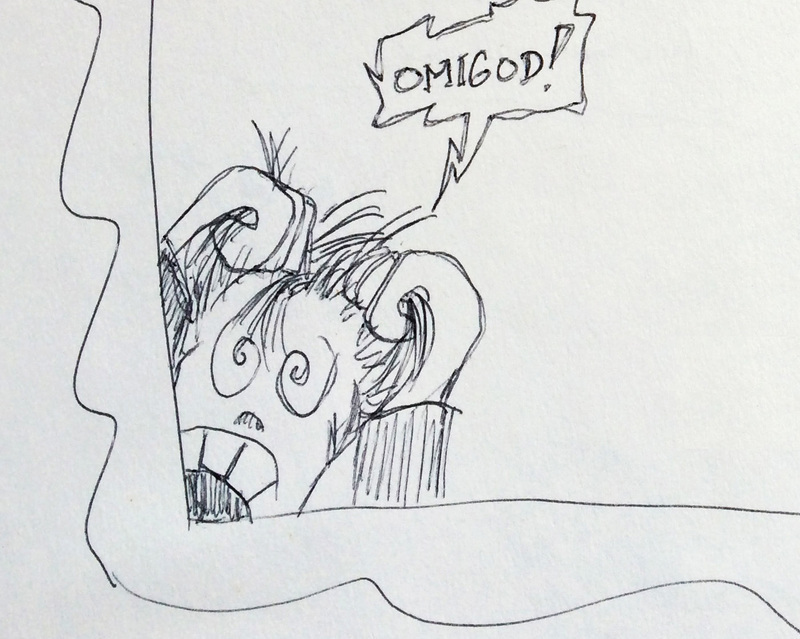 I have now posted mixes pulled from all the currently circulating soundboard recordings of The Grateful Dead’s 1994 Spring Tour – February 25 to April 8. If you include the year’s first three shows in Oakland, the band played 23 shows that Spring, 5.75 of which do not appear to circulate as soundboards.

From those that do, I have pulled 111 tracks, totaling 14.5 hours. Aside from two tracks that appear on two mixes, there is no duplication across the mixes. For the record, the only official release from this tour is the "Liberty" I have included, and the only official 1994 concert release is a single show from October, on the "30 Trips" boxed set. It's a shame that this period of Grateful Dead is so ignored. I'm glad that my efforts have made people who used to think like me sit up and say WTF - WOW!

I have made and posted these mixes over a year’s time, so it may not be clear how they map onto the tour or relate to each other. You can find all the original posts, with detailed notes and links to mp3 downloads, under the tag “GD 1994 Spring Tour.”

This post is simply an overarching guide to the combined mixes. It provides a complete track list, so you can more easily see how the mixes cover the tour and what songs are represented. I’ve appended my Deadbase annotations, so you can literally see when and where the songs I’ve chosen happened during the tour and shows. 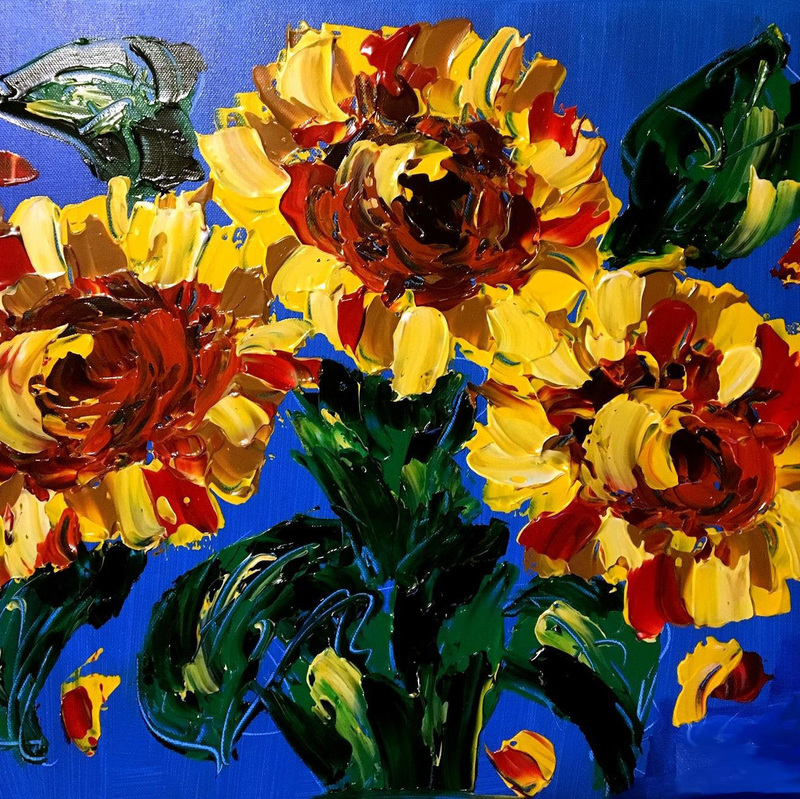 Almost every song here stands out as a vocal performance. The crowd cheers Garcia’s singing and the band’s harmonies all over the place, and the mix lets the singers stand out. The “Stella Blue” is extraordinary. Playing throughout is excellent. Each composition gets its due.

You’ll find the great improvisational performances from these same shows here and here. This mix is the rest of the highlight reel for Chicago and Richfield, OH. I always enjoy being able to pull songs like “Stella Blue” and “Wharf Rat” into this kind of song-centric context, free of late second set connective tissue.

Aside from emphasizing that these are great performances featuring a lot of excellent Garcia singing, I’ll add that this “Around and Around” is delightful. It never explodes, and instead meanders into what sounds something like a drunken New Orleans funeral march.

All three of the Chicago shows circulate as soundboards, but just one of the two Richfield shows. Hence my decision to combine them.

This post concludes my survey of the ’94 Spring Tour. Every circulating soundboard has been curated and posted here, with representation of every stop on the tour. 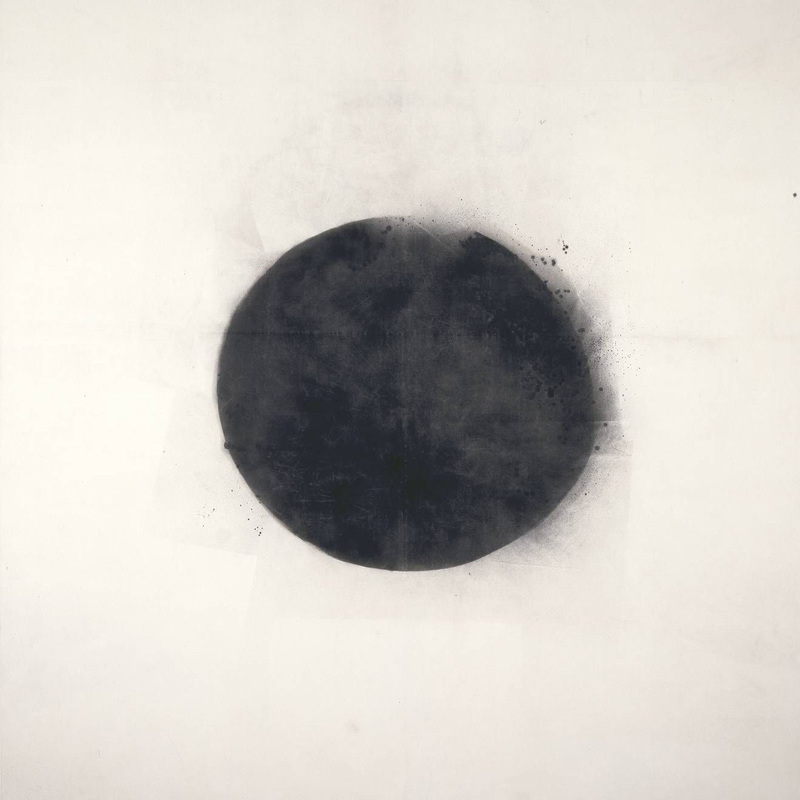 Here are 50 more minutes of A+ Grateful Dead jamming from the Spring ’94 tour – all unreleased, like everything from this tour. Garcia’s leads never let up. He’s full of ideas and always knows where he wants to go next.

The reason I’m presenting this as a companion to my earlier “Dark Star Flashes” mix is that this contains all the other great jamming from the shows that contributed four of six songs on that mix. “Dark Star Flashes” was a popular post – a gateway to late Dead for me and some people who follow this blog. So, I didn’t see a reason to repeat that material in a show-specific context. It seemed like a better choice to double down and extend the original mix.

With one exception, all of this comes from the three shows at the Rosemont Horizon in Chicago, March 16-18. That run would make an excellent official release as a compressed “Road Trip.”

Where this fits into my Spring ’94 mix series: 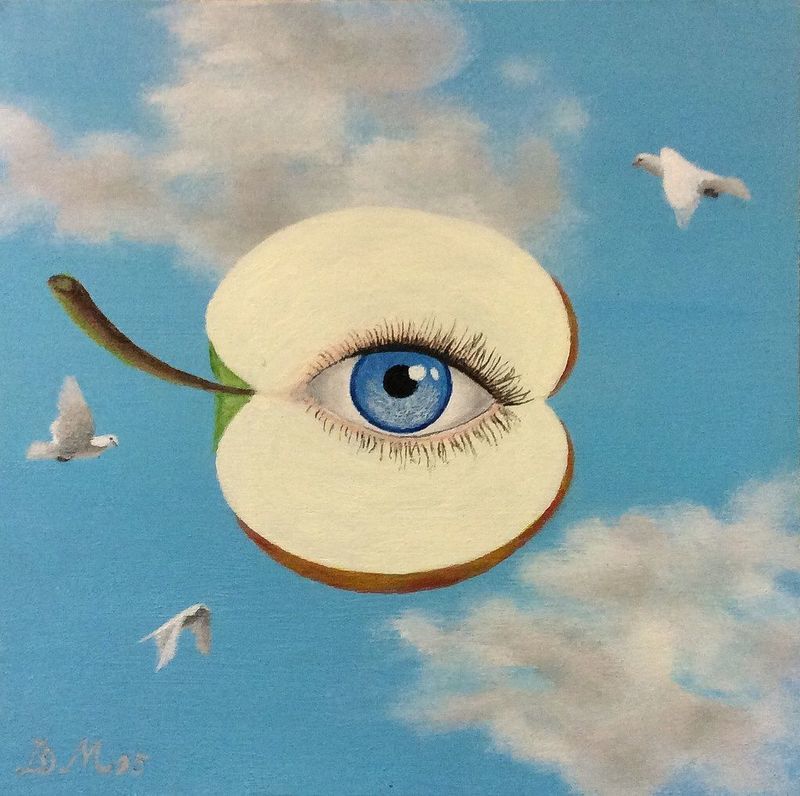 The Dead played five shows at Nassau Coliseum (Uniondale, NY) in March. Only 2.3 of them circulate as soundboards: All of 3/23, 3/27 without the heart of the second set, and only the second set from 3/28.

This mix pulls excellent performances of 17 songs from those soundboards. There are lots of delights in here, including many of the "small" or seemingly mundane songs. Vince lights things up all over the place. The “Might as Well” is the only occurrence later than mid-1991. The "China Cat" jam might surprise you. "Truckin'," the song, has a fantastic chugging groove, and the jam falls beautifully into "The Other One" from another night. The closest thing to a major blemish is Garcia being uncertain on some “Jack Straw” vocals, but it’s a fiery version nonetheless.

Note: Some post-“Built to Last” songs and Drums/Space segments from these shows appear on other “Save Your Face” mixes and aren’t repeated here. The gap in the 3/27 second set tape is apparently the result of a lengthy technical issue break, during which they turned off the recorder - then, didn't remember to turn it back on until the band had played "Iko," "Uncle John's Band," and "Playin'." 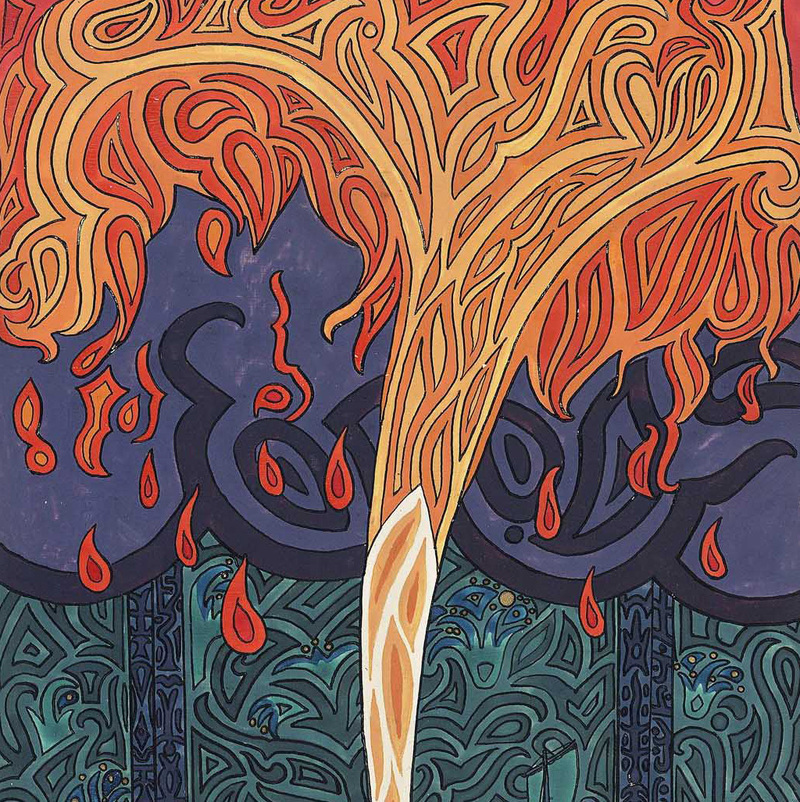 Here are three hours of SBD highlights from the penultimate run of The Grateful Dead’s Spring 1994 tour. Unlike the folks at the tour’s final shows in Florida, Atlanta attendees were very lucky. They saw excellent versions of many of the band’s biggest jam songs, including the last “Dark Star,” ever. This is the best single-city, 1994 Dead run I’ve found so far. A great cap to a tour that was rich with high points. 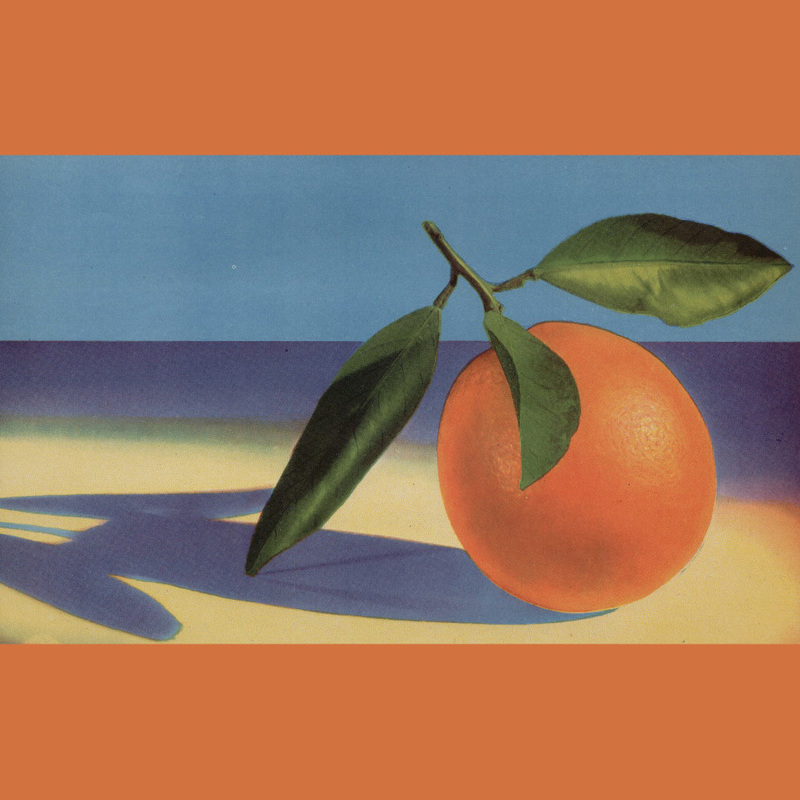 How good could The Grateful Dead be on a bad night, or across a string of mediocre shows? This mix answers that question for the Florida shows that closed the band’s 1994 Spring tour (April 4, 6, 7, and 8).

The tour from late February through March was strong, with great traditional and MIDI performances. However, by the time they hit Florida in early April, Garcia’s voice was shot, and the band just sounded tired. Easy songs were lazy, and tricky songs struggled.

Nonetheless, as is true of other periods of live Dead, sloppy songsmanship doesn’t correlate to the quality of the collective playing once the song structures are left behind. In these Florida excerpts, you can hear the musical health and adventurous spirit of the 1994 band, in the midst of shows that I don’t recommend you listen to in full.

There are no fancy segues on this mix, though I’ve tried to make a decent listening arc out of the pieces. It’s basically a big jam, with some song-stops – most notably a very nice “The Wheel.” 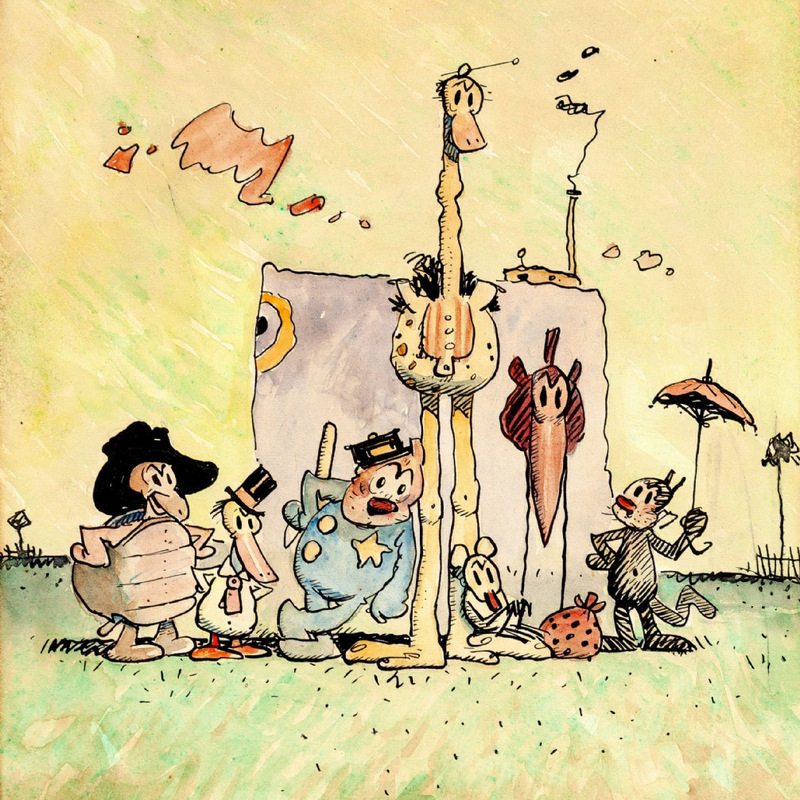 25 years ago, this week, the Grateful Dead’s first tour stop of 1994 was Desert Sky Pavilion, in Phoenix, Arizona, March 4-6. You could tell it was going to be a good year.

Here are two hours pulled from those three nights, displaying a tight, enthusiastic, swinging band. The jams are powerful, and there are several with passages that will stop you in your tracks, including the vocal interplay out of “He’s Gone.” Lots of jaunty fun and thoughtful grooving to be had in other places. It’s a shame Garcia fumbles vocals on “Brown Eyed Women,” as this is a crackling performance. Weir has a moment on "Let it Grow," too.

“Eternity,” “Way to Go Home,” and “Broken Arrow” from the 5th can be found on this mix of the best versions of the band’s new tunes, as performed during March, 1994. 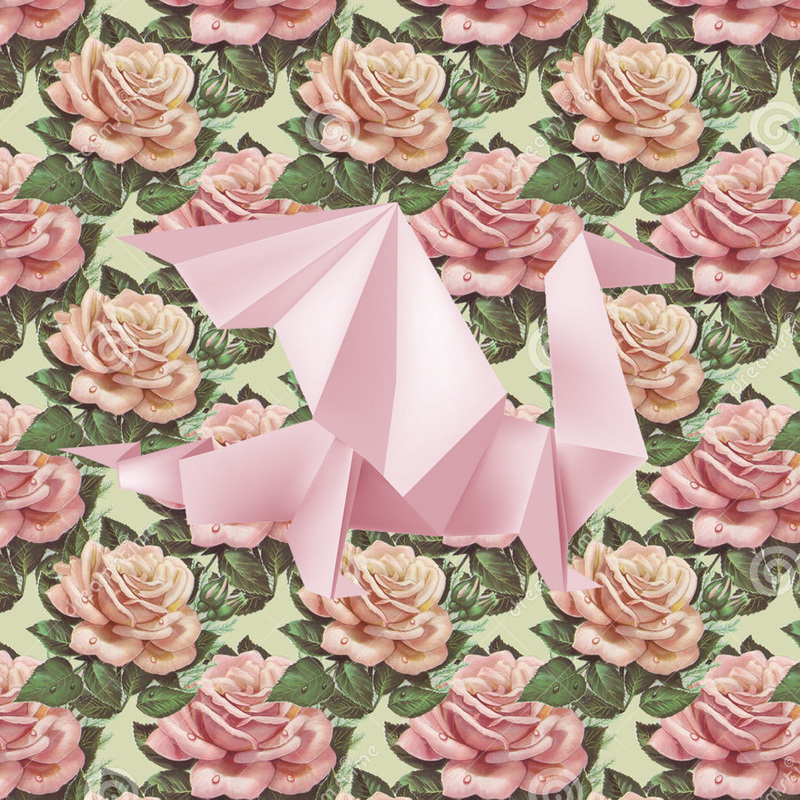 Here’s more great music from The Grateful Dead’s first tour of 1994, which ran from February 25 through April 8. I’ve previously posted three mixes of material from March.

This show seems to be most famous for a one-minute “Cosmic Charlie” tease that turned into “Wharf Rat” instead. The audience was devastated at the time, but 25 years later, it’s fun to hear as the only post-1976 “Cosmic Charlie” moment there was. I’ve edited it to flow straight into the "Wharf Rat" jam, which is an intense one, on a par with a good "Dark Star" or "Bird Song" climax. In this case, the edit creates a flow with no moment of disappointment: Other One > Cosmic Charlie Jam > Wharf Rat Jam.

Anyway, aside from that cruel tease… what this show should be famous for is on this mix.  The "UJB > Supplication > UJB" jam is A+ Live Dead in any year, and "The Other One" and "Wharf Rat" have comparable peaks of collective intensity and on-a-dime action. Garcia is feeling spry all over the place, the instigator of "Supplication" and "Cosmic Charlie." His melodic playing on "UJB" and "Row Jimmy" is luminous. He and Lesh also help carve out an interesting "Corrina." Plus, there are animals howling all over the Drums.

Unfortunately, there are badly blown lyrics and creaky musical turns in the midst of the show’s best material, so I’ve made some internal edits, which are detailed below the track list. All edits are invisible or nearly so, and the whole deal sounds like a big jam built around a sung  UJB and OO.

They’ll never deem this show worthy of release in full, but this material is well worth your time – great stretches of beauty, intensity, and weirdness. At its best, I like 1994 Dead as well as any Dead.

A giant “Corrina” jam turns out to be a wonderful thing, and while it’s tragic that they didn’t nail this “UJB” straight through, the omission of the first verse results in a glorious six-minute jam on the song’s melody. They were playing long, thoughtful “Row Jimmys” in this period, which enables a flawed one like this performance to become a lengthy, beautiful instrumental. In the meandering after "Corrina" winds down, Lesh suggests a turn toward the "Feelin' Groovy"/"China > Rider" transition, which the band seems to consider for a hot second.

If you would rather listen to this material without edits, you can stream the source I’ve used here. The show-opening “Hell in a Bucket” is a good one, but it didn’t seem to fit on this mix. 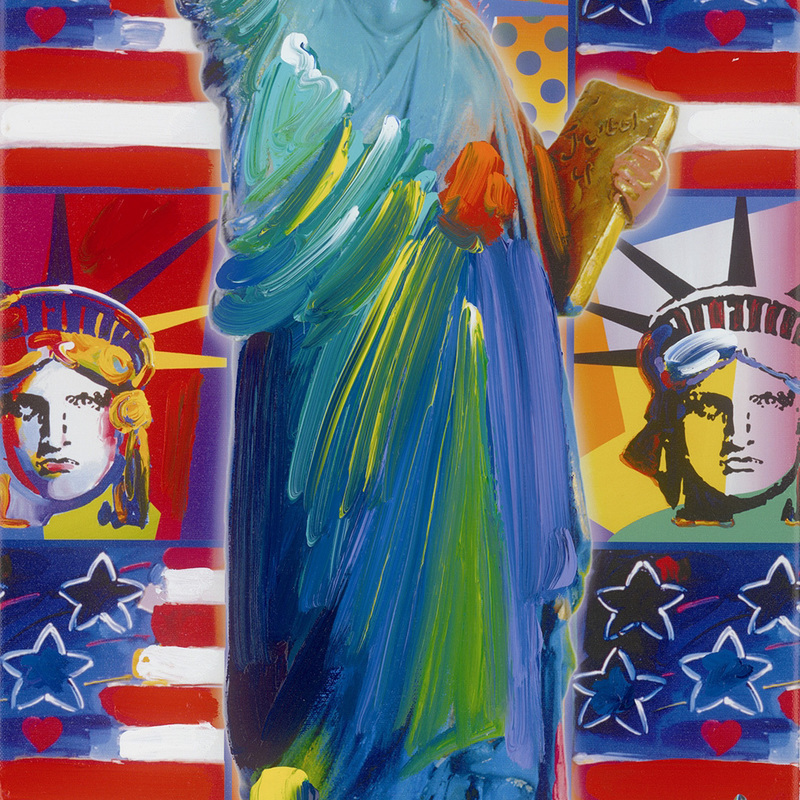 This is the third, completely different, fake album I’ve pulled out of the available soundboard recordings of The Grateful Dead’s March 1994 performances. I think this was a good month.

The first mix combined the final two performances of “Dark Star” with some other remarkable jamming. The second one combined pieces of “Drums” and “Space” to create an Eno-esque ambient jam album.

Going in an another direction entirely, this curation plucks performances of new compositions that never had a chance to make it onto a studio album. They played all their late period songs at least once in March 1994, except for one that had been retired and three that had yet to debut:

It’s weird to me that The Dead have never released something that rolls up most or all of the new compositions of the final years. (The closest they've come is putting six of these compositions on the final disc of "So Many Roads.") It would be a really good album, making a trio with “In the Dark” and “Built to Last.” Such a release seems like low-hanging commercial fruit and something that history requires. I’m sure I’m not the first person to present an amateur substitute. The only major flaw here is Garcia's vocal uncertainty on "So Many Roads." Otherwise, these seem like good benchmarks for all the other songs, until even better versions pop up. Thanks again, March 1994!

If you're interested in Phil Lesh's final two songs, which debuted in June and July, try this.
Note: This "Liberty" also appears on the career anthology, "So Many Roads." Otherwise, I believe all of these performances are unreleased.