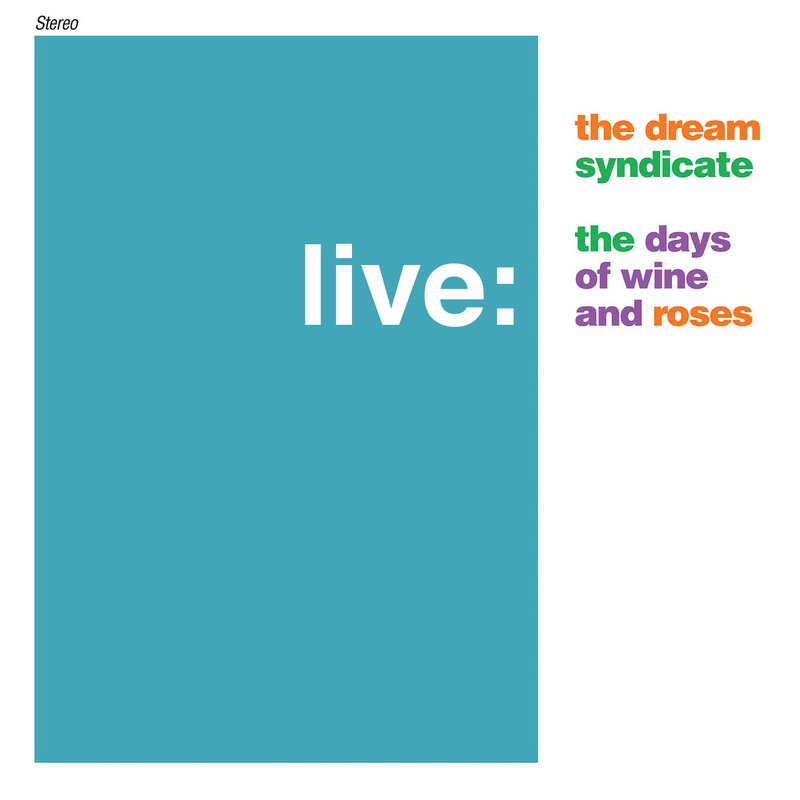 This mind-melting curation of early live recordings by The Dream Syndicate is testimony from a witness: Los Angeles writer Matthew Specktor. He has created three live albums that carry you from the band’s first show, through “The Days of Wine and Roses,” and into a full live preview of “The Medicine Show.”

If you’ve ever been to Los Angeles as a visitor you know how hard it is to estimate distances. Like any city, perhaps, LA is small only to those of us who live here, whether because we’ve hacked the shortcuts to avoid traffic or because we’ve constricted our private map of it enough to make it feel convenient, but when I was a boy, growing up in Santa Monica, Hollywood was the back of the moon. Punk rock, which happened to hit just as I reached puberty, was hardly accessible. The Starwood, the Vex, the Whisky—places where bands like X or The Germs were playing on the regular—felt far away, never mind that it was only a matter of a handful of miles, and so those bands were alive on my turntable but no more present to me as “local” than the ones I was listening to from England.

But there was a club on Pico Boulevard called the Music Machine, which happened to be reachable by bus. It was almost in Santa Monica, in a liminal zone that bleeds closer to Westwood and Mar Vista, and if it wasn’t a punk venue exactly, it was likewise punk-adjacent. The Gun Club played there, and paisley-revivalist bands like The Three O’Clock. And also one, erroneously lumped in sometimes with a scene called the Paisley Underground (which was probably an erroneous category to begin with; the bands involved sure didn’t sound alike, and seemed to share in common only a more affectionate awareness of rock history), called The Dream Syndicate.

There’s really no way to explain what it was like to walk into the Music Machine on a fall evening in 1982 and hear the Dream Syndicate live for the first time. I’d read about them—an article in the LA Weekly had alerted me that they may have sounded a bit like the Velvet Underground—and I think I’d purchased an EP at Rhino Records in Westwood by then too, but to be confronted by the band’s full-on trebly, howling, feedbacking glory in the flesh was a whole other matter. It’s difficult to explain because it wasn’t just the music, or even the presentation (sure, they were cool as hell, and they looked it, but there was some other factor involved here, a gestalt that meant they weren’t trying to look that way at all, the way other bands did).

It was a cohesion expressing itself as an argument: four musicians who absolutely belonged together, but who also (in musical terms, I’m talking; I have no idea what the interpersonal dynamic was like) cannot possibly agree. It gave the music a force, a vitality, a second-to-second spontaneity like nothing I’d ever then witnessed. I fell in love on the spot.

I’ve gone searching for that feeling everywhere ever since, and so I was shocked when I discovered recently that there are dozens of early Dream Syndicate shows that were recorded, whether by audience member with a Walkman or posterity-aware sound engineer or radio station, available on Archive.org. What shocked me isn’t so much that the shows were recorded—of course they were recorded; anyone who heard them for thirty seconds knew this was something to be preserved—but that the quality I describe above is absolutely legible in the recordings.

Most things we remember from the past aren’t as good as we think they were. That cheeseburger that changed your life that one time you had it? Meh. That show that blew your mind that you are lucky enough to find, twenty years later, on YouTube? It sounds kind of weedy now, doesn’t it? Memory plays tricks, even after you factor in the ordinary limits that surround the work of art in the age of digital reproduction. Or maybe it’s experience that does it: once you’ve encountered a hundred bands, or books, descended from the one that astounded you in the first place, the original starts to sound like a copy. Not here.

I’ve rounded up a handful of those recordings—I sifted through a few dozen of those archive.org shows, comparing intensity of performance against quality of recording, guarding against repeat songs, etc.—to build three “sets” worth of live Dream Syndicate recordings, presented in (almost) chronological order.

The second picks up after that record’s release and into what I assume was their first eastern seaboard tour in the winter and spring of ’83.

The third has them road testing material for what would become their second LP, The Medicine Show, later that same year.

Represented are live versions of every song on their debut EP, and on the two LPs, as well as a handful of covers that were either semi-regular features of their live sets or (in a few instances) one-offs. One cut is taken from an official release (“Open Hour,” which was I believe the first live rendition of what would evolve into a signature song, “John Coltrane Stereo Blues,” is taken from The Day Before Wine and Roses, which documents a show that was broadcast live on KPFK radio in September, 1982), but the others are all unreleased aside from their posting on archive.

I don’t know whether I should thank or apologize to Steve Wynn (guitar, vocals), Karl Precoda (guitar), Kendra Smith (bass, occasional vocals) and Dennis Duck (drums) for putting these assemblages up. I suppose they’re all up on archive.org already, of course, but—for God’s sake, buy the band’s official releases, including and in fact especially the recent ones, which represent an equally vital, and no less excellent, iteration of the Syndicate.

And listen to these, just listen. They’re rackety as hell, but once your ears adjust to that sweet, forty-year-old analog fidelity, you’ll want to push that volume knob ever higher. You’ll hear, at the very least, the sound of a very young, ineffably great, two-guitar band scraping up against and (ahem) maybe even surpassing the live heights of their own evident progenitors: the Velvets, Television, Quicksilver Messenger Service, the Byrds (for despite the persistent VU comparisons, they sound unmistakably West Coast to me today). You’ll hear songs, truly great ones, that feel like they’re being built right in front of you out of mercury, sulphur and barbed wire. And if you close your eyes maybe you’ll even feel what it was like to be in the room. To feel like you were busy being born, and never dying.

Matthew Specktor's next book, the memoir ALWAYS CRASHING IN THE SAME CAR, is out this summer, and deals with many of these same seismic forces. You can – and should! – pre order it here.