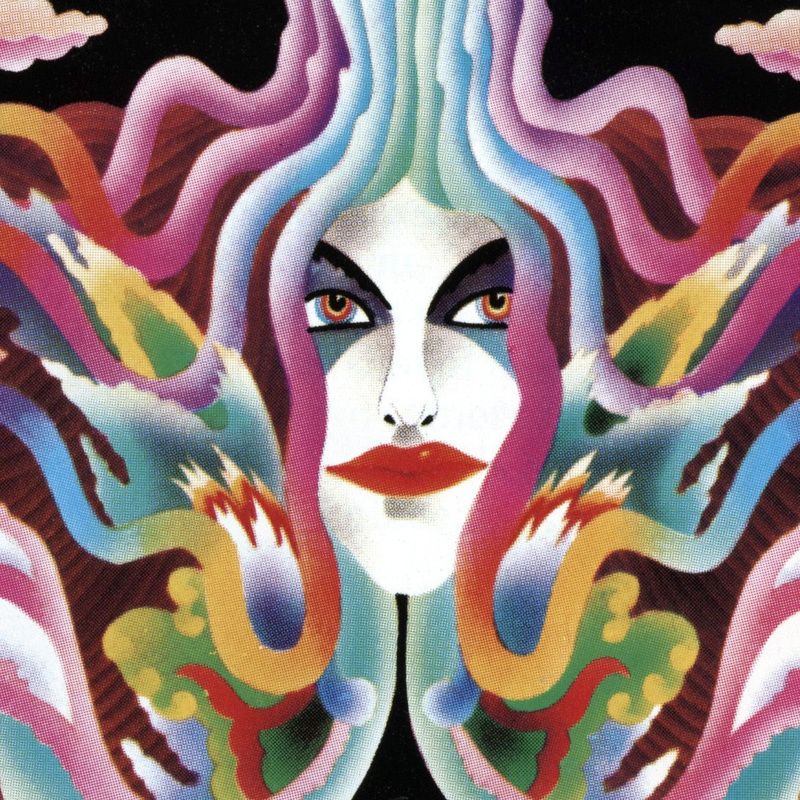 This mix includes a version of every Beatles song the Grateful Dead played (1983-1995). All selections are unreleased, except “Hey Jude,” and all are from soundboard sources.

The Dead’s engagement with The Beatles’ catalogue was a minor part of the long strange trip: eleven songs, some played only once, most only a handful of times.

Dead-play-Beatles has a justifiably bad reputation. The songs are often unlikely stretches for the singers, and the band didn’t master the playing of most of them. They’d only hang around for a hot minute, and/or they’d pop up, sloppily, once in a while.

Fortunately, there’s a charming, very good, or great performance of every song – and they add up to a very enjoyable, all-Beatles Dead set. More on the selections below the track list.

Why Don’t We Do It In the Road?

Played twelve times, May 1992-November 1994. This mix includes the next-to-last version, plus a long, simulated jam of the song constructed from eight other versions.

Lucy in the Sky With Diamonds

Played 19 times, March 1993-June 1995. The version on this mix is by far the longest, the only one featuring an instrumental build-up. I edited out five seconds of uncertainty.

It’s All Too Much

Played twenty times, December 1992-June 1995. The band couldn’t sing this song very well, but in 1995 they played it heavier and mixed it thicker, which helps.

I Want to Tell You

Played seven times, July 1994-May 1995. The version included contains the worst vocal flub of the mix - one whole mumbled line.

Aside from some 1969 stabs, the Dead restricted their playing of this song to a “Hey Jude Finale,” which followed “Dear Mr. Fantasy” some 30 times, 1985-1990. Except… one night in March 1990, they preceded “Fantasy” with a sweet little sketch of the song itself. That’s the version on this mix, with “Fantasy” removed, so the song and the finale are joined.

Played only once, in 1987. It’s a stretch for Bobby’s voice, but on the whole, really great.

Played twice in the summer of 1988. I saw the first performance, which was just a spontaneous goof, I think - fun to behold, but terrible as a performance. The second version strikes me as a fairly serious attempt to play it correctly, with Bobby being a vocal bandleader at a couple of points. I edited out the most extreme gaff, which I think makes the whole thing more lovable, despite remaining bumps.