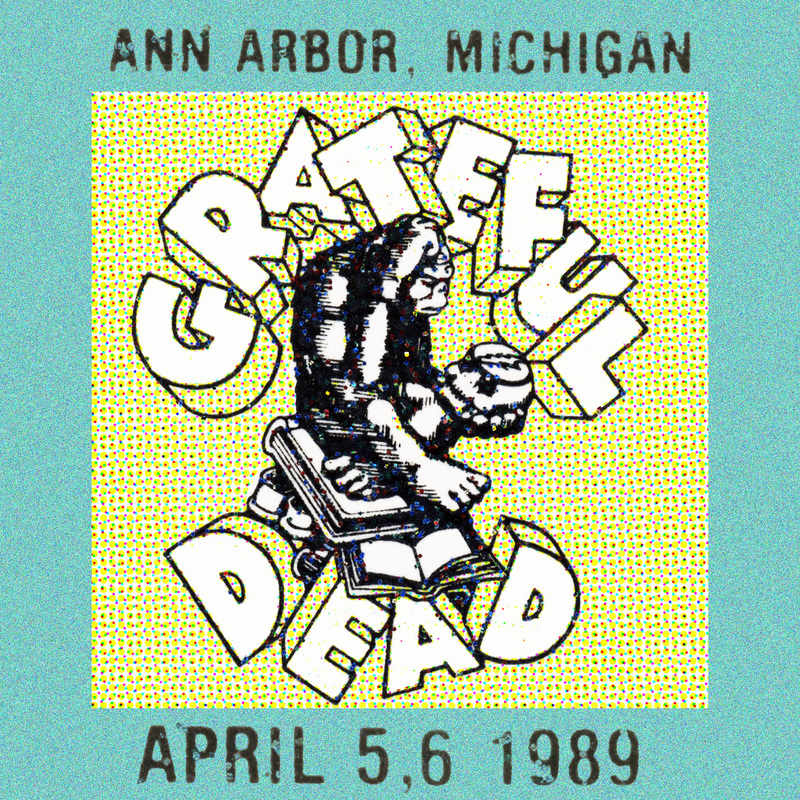 These were the only shows I ever walked to from my own apartment, and my group had mail-order, 10th-13th row, center floor tickets both nights. I’d seen my first four, lackluster shows in 1988, and I was still a fairly new 1970s-centric tape-head, who considered contemporary live shows to be more good fun than musically impressive.

And then, all of a sudden, I was bar-band distance from two nights of tight, powerful, adventurous, boisterous 1989-1990 era Dead. I couldn’t believe how good they were. I hardly knew how to process the fact that present-tense Dead were great, except that seeing more shows became incredibly important. (The head-scratching gorilla, looking at a Stealie skull, sitting on top of a pile of books, is exactly the right image for me at this moment.)

The only current official release from Spring ’89 is “Download Series Vol. 9” (2006), which features highlights from the two Pittsburgh shows that immediately preceded these Ann Arbor shows.

I’ve been listening to tapes of these shows since the week after seeing them, but a recent “ultramatrix” upgrade to the circulating tapes finally makes the recorded experience punch harder and feel more like the live event I remember.