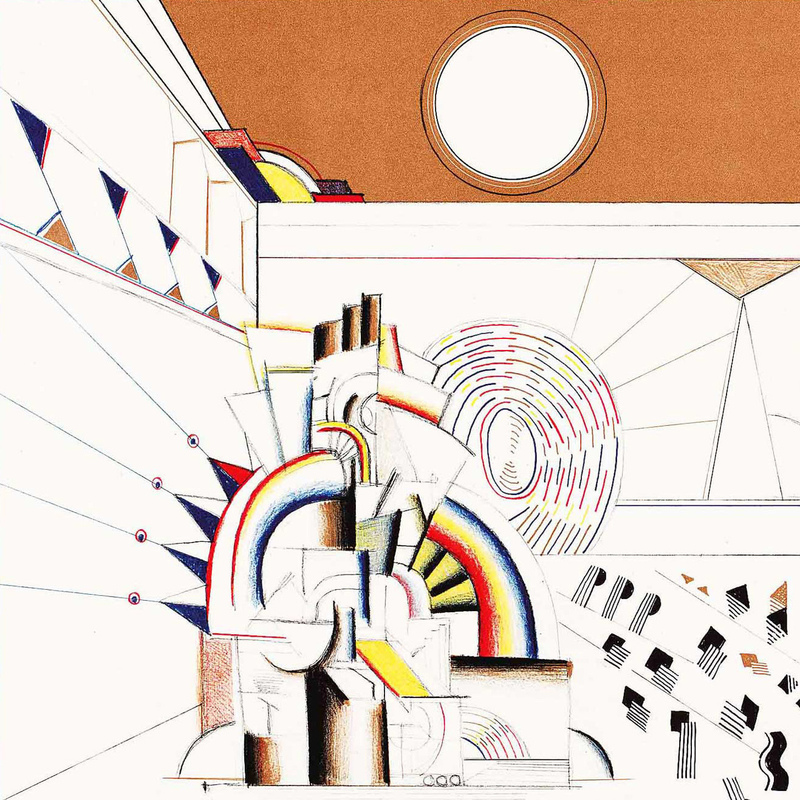 This mix combines some of my personal favorites from the sporadic, unreleased late-1968 tapes into a single, two-hour set. If you don't spend much time with 1968, other than the official releases, this is your short-cut expansion pack.

Every song documented on the tapes is represented, except for “Lovelight” (ubiquitous, boring) “Midnight Hour” (once, messy) - and "Caution" - which got squeezed out based on my picks for similar/adjacent jam zones.

I have plucked several exemplary passages of the openest jamming the band was doing at the time, so you can spend more time in the zones that gave birth to the "thematic jams" of the future, which would feature such favorite non-songs as "Tighten Up," "Feelin' Groovy," "Mind Left Body," "Phil Jazz Jam," and new locations for "Spanish Jam."

In 1968, that part of the show happened around combinations of jam-after-"Alligator," into/around/might-turn-into "Caution," and "Feedback." "And We Bid You Goodnight" was a common theme at the time. I am still confused about "Mountain Jam" and "Darkness Jam." Are those inside these 1968 jams somewhere? Maybe?

8/21/68 at the Fillmore West has (arguably) the most amazing, continuous open playing of the year – an incredibly fluid 14 minutes that sounds more advanced and effortless than any other, analogous passage. I listened to all of 1968's such passages in a row, repeatedly, with the intention of making a mega-mix out of them. In the end, it was obvious that I should just pick this one and build a fun, imaginary set around it. (@MrCompletely got here way before me. Thank you for the insight.)

The whole 8/21 tape is a great listen for playing, mix/source quality, and consistency. Release-worthy. My only issue with it is that its mix is so perfectly the late-1960s sound and patient-pacing we're already used to (via official releases), that it doesn't shake up your expectations in a visceral way.

The other great, unreleased show/circulating tape of the year packs that visceral punch – 10/12/68 at the Avalon Ballroom. Fast, fierce, and wiry. For this mixtape, I used 10/12 as the foundation, and built around it to simulate a 1968 experience that I think contrasts with the great (though few) official 1968 releases.

Dark Star: I chose the 9/2 performance at Betty Nelson’s Organic Raspberry Farm in Sultan, Oregon. I value this version in part because it buries TC’s repetitive keyboard part and elevates Weir’s guitar. That leads to a less-flattened, more springy and sculpted “Dark Star” experience than I find typical of 1968 tapes. Nearly all the 1968 "Dark Stars" are worth your time for Garcia's leadership, and this is also one of my favorites in that respect. Possibly my earliest desert island "Dark Star."

St. Stephen > The Eleven > Death Don't Have No Mercy: Classic 10/12/68 material/sequence. The "St. Stephen" is spry, "The Eleven" punches you in the face, and "Death Don't" traverses the full dynamic range, intensely.

It Hurts Me Too: Appears on one tape, is good, gives Pigpen an organized outing for this mix.

New Potato Caboose Jam: There are two, long “New Potato Caboose” jams on the unreleased tapes. One is sonically (and perhaps musically?) unlistenable; the other is quite engaging, and another window into more open '68 Dead jamming. I included that one, minus the song itself, which was already an outdated throwback at this time, and which the band couldn't sing. I probably can't count, but the core of the "New Potato" jam seems to be a "Thirteens Jam." In the case of this version, you get a big dose of that, some odd, slackish fluidity, and some pleasing organized corners turned around the root moves of "New Potato Caboose."

Morning Dew, Jam > Feedback: 10/12/68 again! The only candidate for "Dew" and a very spry one. The jam segment of the show arrives as if "The Other One" is about to begin, but it flies off sideways into a mutation of the "Caution" jam, but it's not that, either. Good stuff. This is also a very nice "Feedback," more quiet and tone-focused than many of the early ones, which I appreciate.

The Other One > Cryptical Envelopment > And We Bid You Goodnight: The 12/29/68 Hallandale, FL show's mix presents a tremendously fierce version of both halves of the song. Unless I'm missing something, there's nothing else quite like this on the known '68 tapes.

Rosemary: Is this the only "Rosemary?" Very tentative, and veiled behind the hiss of tapes, but alluring!

Clementine (edit): Remarkably, the Dead were considering ejecting Weir and Pigpen and hiring new talent in the Fall of 1968. This "Clementine" documents an audition session. They didn't ever play anything like a whole take of "Clementine," but I've faked one.